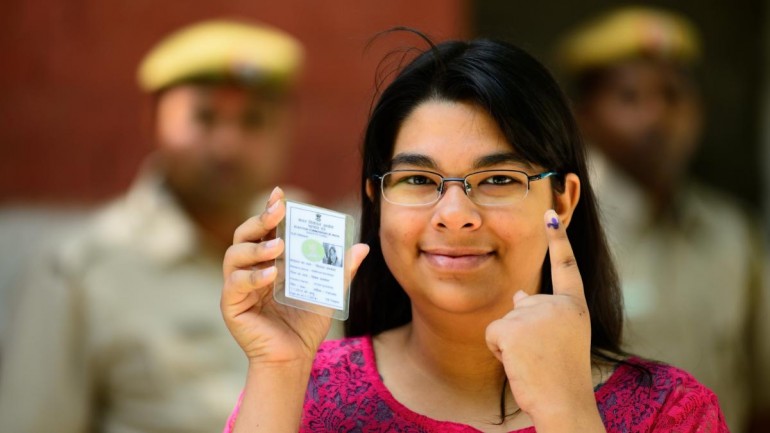 The one nation, one election thought has been doing the rounds for the past few years. Last Wednesday, Prime Minister Narendra Modi met bosses of various political parties to know their views.

Later Union minister Rajnath Singh said that the government will form a committee to look into the feasibility of one nation, one election.

It gained recent traction after Prime Minister Narendra Modi floated the idea in March 2016. The Niti Aayog came out with a paper in 2017 and the Law Commission gave its nod in 2018 with a few caveats.

On paper the concept of one nation, one election looks very seductive. Especially in today’s political culture where nearly all sub-national identities have been erased. Voters cutting across caste, class and linguistic barriers voted for a strong leader, Narendra Modi.

Let’s look at what the proponents of one nation, one election say and how fallacious their beliefs are.

Media reports say that a whopping Rs 60,000 crore was spent in the 2019 Lok Sabha elections. This includes spending by the Election Commission of India (ECI) to hold the elections and a major part was spent by political parties fighting the polls.

(On a different note the 2019 election spending is roughly $8.5 billion. The combined presidential and Congressional election in the US in 2016 was $6.5 billion.) According to the Election Commission thousands of crores of rupees were seized in the run up to the 2019 Lok Sabha Elections.

While the crores spent by the ECI can be accounted for, the Rs 50,000 crore or so that political parties spent remain opaque. If the government is serious then it should enact a law to bring more transparency to political funding.

Under Indian laws, parties do not have to name persons donating less than Rs 20,000. This leaves room for fudging account books. The electoral bonds scheme proposed in the Budget 2017 also encourages large-scale anonymous donations.

No government is keen on cleaning up political funding for the simple reason that all political parties benefit from it.

Political parties are not the only one to blame. The Election Commission of India has set a ridiculous cap on the maximum amount a candidate can spend: Rs 70 lakh for contesting Lok Sabha election and Rs 28 lakh for assembly polls. Anybody who has seen an Indian election will know that the expenditure is way above the cap.

Recently BJP MP from Gurdaspur Sunny Deol was hauled up by the commission for apparently spending Rs 86 lakh. But this is a rare instance.

If the functioning of the United Progressive Alliance II government was any indication then we shouldn’t fault elections for policy paralysis but point to inept leadership.

One nation, one election votaries say that frequent elections bring the Model Code of Conduct into play thus hampering government working. This is as specious as it can get. The model code stops the government from announcing new schemes/policies. It does not prevent work on already-announced schemes/policies from continuing.

Elections have nothing to do with taking hard decisions. It all comes down to political will. Narasimha Rao opened up the Indian economy in 1991 and Manmohan Singh signed a historic deal with the US in 2008. On the other hand the UPA II was mired in corruption scandals simply because the political leadership was unwilling to take action. 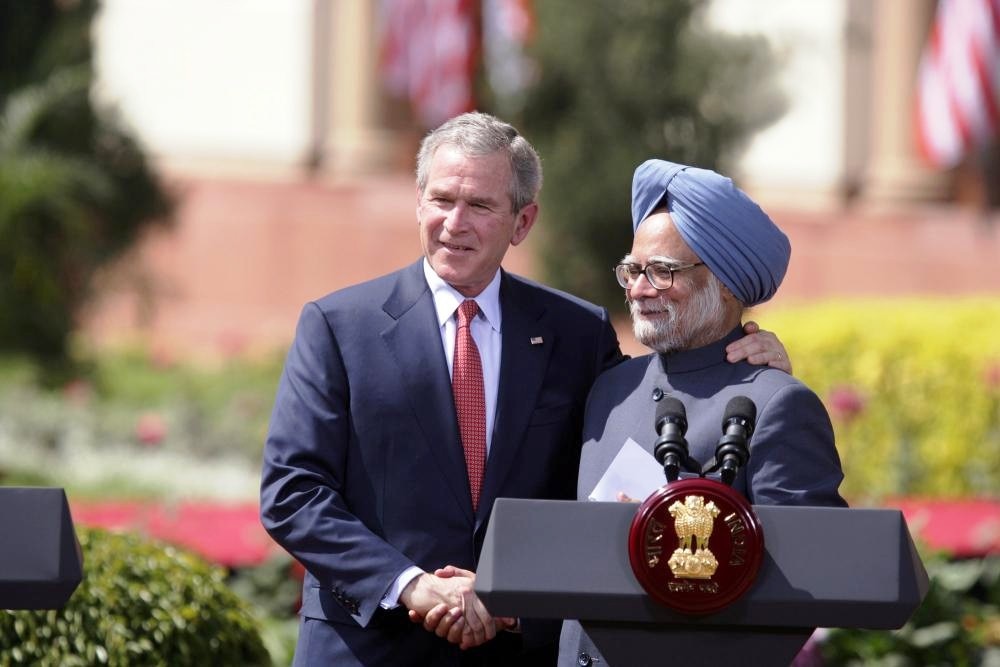 Narendra Modi’s first stint at power in Delhi saw him quickly backtrack on labour reforms after his government was called a suit, boot ka sarkar. The National Democratic Alliance (NDA) government has still to undo its restrictive foreign direct investment (FDI) in retail.

The Modi government had the numbers in Lok Sabha to carry out its economic agenda. The fear of a backlash from unpopular decisions is what stopped it from going forward.

This fear of an electoral backlash is an essential check on a central government that might become too authoritarian for the good of the people.

Even a strong leader like Narendra Modi (or earlier Indira Gandhi) will keep an eye out on the next round of elections. That could be the barometer of the popularity of an unpleasant decision. The demonetisation move in November 2016 is a good example.

While the economy was blindsided and economists were crying out in disbelief, the common man thought otherwise. The Uttar Pradesh assembly results are proof.

My wants are different

The underlying themes of national elections and state-level ones are different. While farm crisis, unemployment, national security could play out big in Lok Sabha elections, assembly elections are usually won or lost on themes such as law and order, education, power and water supply, and health among others.

Merging these two plays would deprive the citizen her right to demand services at two different levels. Local issues are important. If both elections are held simultaneously local issues will be subsumed under national ones.

While at the national level we talk about foreign affairs and space programme, at the local levels it’ll be water crisis, flood management, deaths because of encephalitis or cyclone rehabilitation. These issues can’t be given short-shrift. In fact these are more important to the ordinary citizen. By trying to confuse election issues, the voter is cheated. 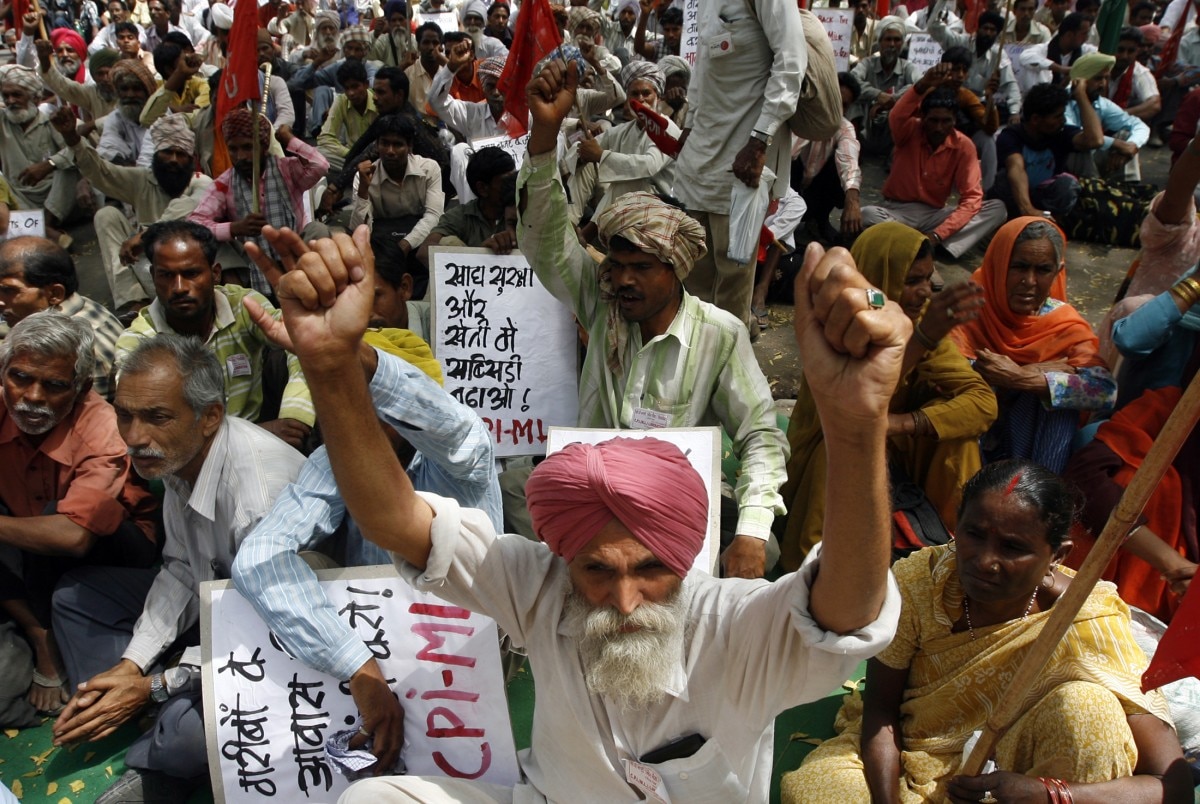 Though the CPI (ML) may be a bit player at the national level, it has a presence in pockets of Bihar.

One nation, one election will also lead to national political parties getting a bigger share of the political pie. Given their financial powers and organisational strengths the big parties will run over smaller ones. Indian democracy needs all types of political parties and across the ideological spectrum.

Smaller parties represent marginalised sections of societies whose voices have to be heard. One nation, one election will mean that in the cacophony of majoritarian hectoring, small voices would be muted forever.

One nation, one election hits at one of the founding principles of Indian polity — federalism. What happens when the government at the Centre falls in the middle of its tenure? Elections for all the states again?

Worse what happens when a state government falls? Call for Lok Sabha elections? Which would mean election in other states too. Or should president’s rule be imposed? Which means the central government will be ruling by proxy. This makes democracy a sham.

The real motive behind one nation, one election is to centralise power. With the NDA returning to rule with such a thumping majority, no wonder Narendra Modi has floated the idea once again.

Any reader of Hindutva would recognise the hand of Rashtra Swayamsevak Sangh behind the move. RSS has always believed in a strong central government. Its icon MS Golwalkar, popularly called Guruji, had proposed doing away with India’s federal structure.

One election, one nation is the beginning of erasing India’s heterogeneity; our diverseness in languages, cultures, religions, political views and food habits will be in danger.